The belfry of Vilnius Cathedral Basilica is going to revive on the New Year’s Eve – the festive installation of video projections will invite you to take a journey in time that will shine symbolically during the conversion of years and time. Modern installation is already the third during the recent years. It is a sustainable and modern alternative to fireworks. Besides, its demonstration lasts longer – the passers-by will be able to enjoy it from the 31st of December, 6 pm, until the 1st of January, 1 am.

The belfry illuminated by 12 powerful projectors from all the sides will astonish by transformations of the tower’s form and textures.

The animation was inspired by the oldest and still functioning astronomic clock in Prague, Prague Orloj. Its huge mechanism was made in 1490 and shows not only hours, but also the journey of the Sun and the Moon through the Zodiac constellations and the mini performance of apostle figures.
The spectacle of Vilnius belfry will enable the spectators to travel through various periods and will tell, how the time is measured – from the oldest archaic symbols, later first mechanisms, up to modern devices.

“It is a project that we are waiting for and implementing with thrill. The building of belfry of unusual form is exceptional even in the global context, so the projections on it mean accurate work of a jeweller that demands for complex technical solutions and serious preparation. It will be a special load of festive mood, the results of which will not leave disappointed,” – tells creator of the installation, Mr. Linartas Urniežis, CEO of company Video Architects.

Vilnius has joined the world cities that have rejected New Year fireworks. No entertaining shows will be held on the Cathedral square on the 31st of December because of the recommendations to avoid massive festivals. We invite to choose safe and sustainable entertainment and not to use the fireworks hazardous for human health and animal welfare that increase pollution, and to avoid bigger gatherings.

The Tricolour will decorate the belfry on the 1st of January, from 1 am until 8 am.

Changes in traffic organisation and movement of night buses

Although no events are held on the square by the Christmas tree on the New Year Eve, but Vilnius City has taken care about Vilnius residents and guests returning from restaurants or walks in the festively decorated city – they will be able to choose public transport. The buses on routes 101N, 102N, 103N, 104N and 105N are going to run on the night from the 31st of December until the 1st of January.

The traffic will be restricted on the New Year’s Eve in the streets T. Vrublevskio, Šventaragio, Barboros Radvilaitės, Maironio and their approaches: the car transport will be prohibited from the 31st of December, 10 pm, until the 1st of January 2022, 1 am, except for the public transport. 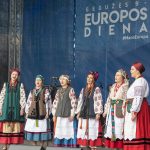 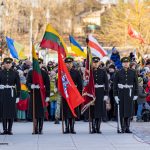 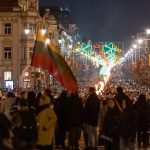 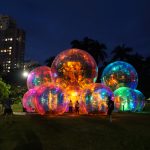 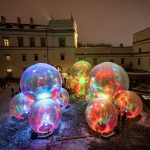 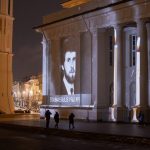 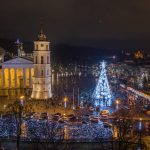 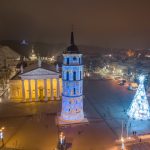 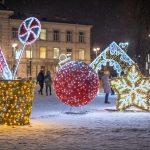 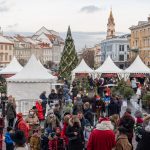 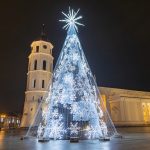