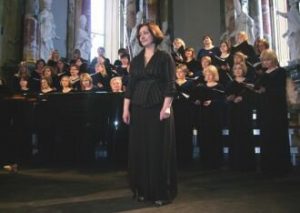 The Women’s Choir “Liepos” – a member of Vilnius cultural center was founded in 1989.

Choir repertoire contains choral music of various epochs and styles. “Liepos” has many concerts, produces and implements interesting and original concert programs both in Lithuania and abroad.

Many of the works performed by Liepas have been recorded by Lithuanian Radio and Television, Lithuanian Folk Culture Center. There are released three CDs.

Since 1990 – the women’s choir “Liepos” participates in all the Republican and World Lithuanian Song Festivals.

In the year 2015, the choir’s art director Audronė Steponavičiūtė Zupkauskienė was awarded the Order of Merit for Lithuania.