On 7-9 and 14-15 September Gdansk and Vilnius will join into a music exchange project, featuring the most famous Polish and Lithuanian music performers. 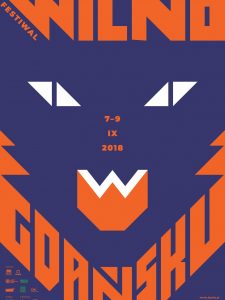 Vilnius and the port city of Gdansk are united not only by geographic location and historical path, but also deep cultural traditions. The cities, fostering their particularly friendly relations have been engaged in cultural exchange since 2003. This year on 7-9 September Gdansk hosted the 15th edition of Vilnius in Gdansk festival, attracting thousands of people every year. Last weekend the old town of Gdansk, known for its unique medieval architecture and special vibe, echoed with concerts of musicians from Vilnius, featured presentations of Lithuanian artists, a Lithuanian movie night, as well as a traditional food and crafts fair.

A week later, the project that has commenced in Gdansk will move to Vilnius for the seventh time. Thus these cities have been sharing their artistic experience, inviting the public to get to know the culture of these two neighbouring countries since 2012.

On 14 September 4 p.m. at V. Kudirkos Square we will hear the joint concert of Michal Jelonek, internationally-recognized Polish violin virtuoso, and the expressive Lithuanian folk-rock band Žalvarinis. The concert will feature modern interpretations of Lithuanian folk songs, as well as compositions of soft and hard rock, blues and jazz.

At 7 p.m. Vilnius citizens and city guests are invited to a concert at the Church of St Catherine. Contemporary classics will be performed by a Polish string NeoQuartet: Karolina Piątkowska-Nowicka (violin), Paweł Kapica (violin), Michał Markiewicz (violin), Krzysztof Pawłowski (violoncello). These contemporary art enthusiasts combine contemporary classical music with electronics and visual arts. They cooperate with contemporary composers and introduce them to wide audiences.

One the second day of the festival, 15 September, 6.30 p.m. V. Kudirkos Square will host the Polish electronic music band Marsebo, that was formed in 2016 and uses original thematic masks for their shows, as well as Ministry of Echology – dub/reggae band from Vilnius, formed in 2009. The latter started out by arranging classic reggae/dub pieces until their experiments evolved into their own original style and music.

Entrance to all events is free. 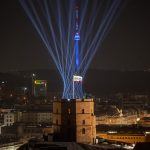 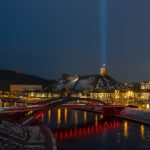 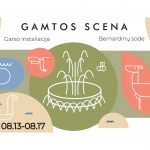 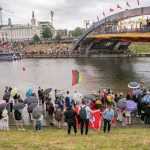 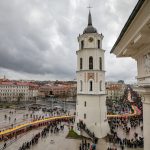 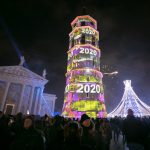 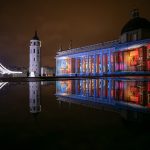